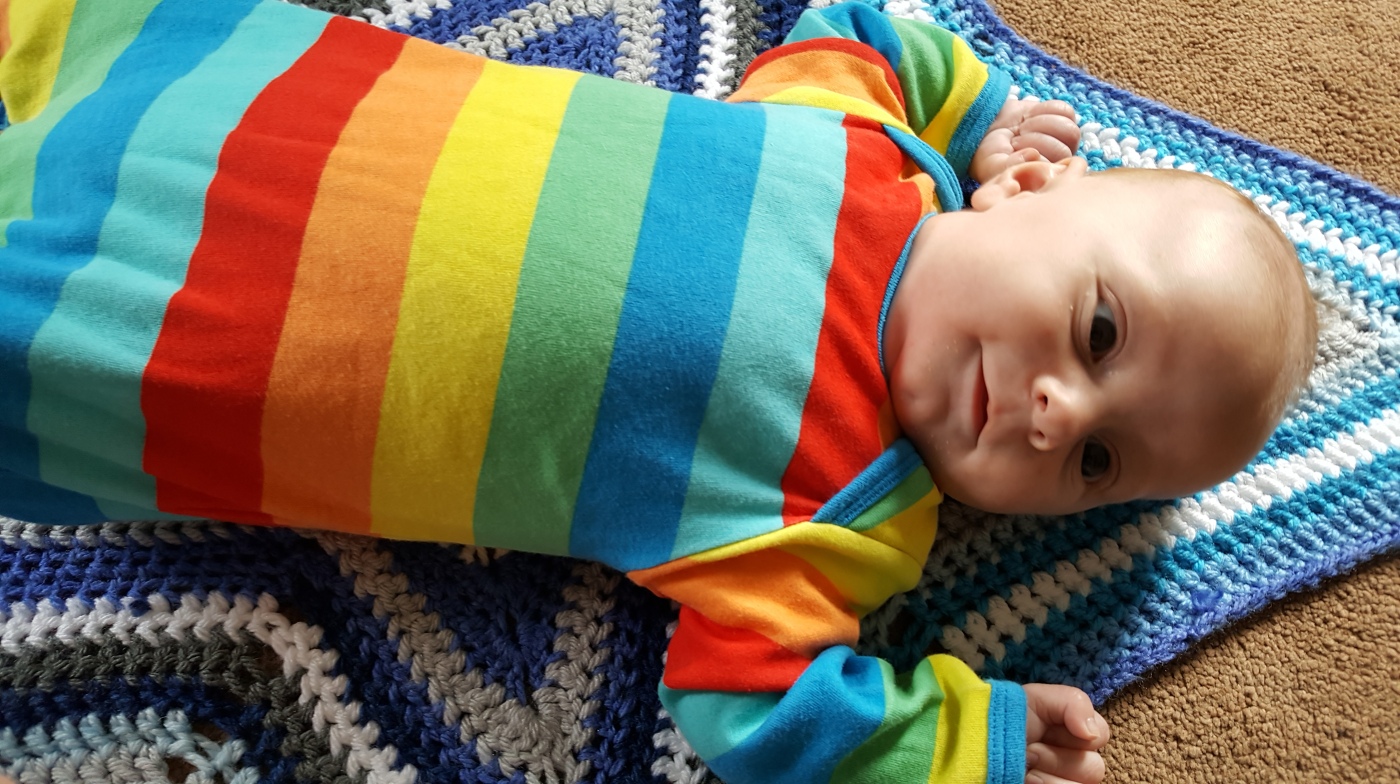 Hi, I am Emma and I worry. I worry about all sorts of stuff and for the most part I am rational and just work out the worries in my head and continue with my day. But during my pregnancy with Evan I worried a lot about having Evan. I suppose it is totally normal after everything we’ve been through. I thought I would write a bit about my worries and how they have been overcome…

I was worried that having another baby after Eilys would upset me but he has been so healing. I am sure that there will be sad days especially as he gets to the milestones that she missed. I am sure seeing Evan sit, stand and walk will hurt but it will make me happy too.

I was worried that Evan would look like Eilys. I was also worried that he wouldn’t look like Eilys. As it is Evan is the perfect mix of Dylan and Eilys. His eyes are dark like Dylan’s but his colouring is all Eilys’s. Some days he looks like Dylan’s twin and other days he is Eilys’s double. Instead of making me sad, I find myself looking for similarities. I love how alike they all are. It is like having a little bit of her back again. But saying they are so similar, Evan’s smile is his own. Evan has long, rather dainty fingernails like his sister (thankfully, as Dylan has what I affectionately call “spade nails”)

As I mentioned in a previous post, I was worried about having another boy and that I had hoped that he was a girl but now I am so pleased to have another little chap. Having a girl would have been really hard and I think that I was the only one who couldn’t see that. I know that raising 2 boys will have it’s challenges but I am hoping that the age difference is big enough that they don’t fight too much, haha, but small enough that they are close. So far their bond is just wonderful.

I was worried that we weren’t ready to have another baby and that it would be too hard after losing Eilys. And yes, some days I look at how little time passed between Eilys dying and having Evan, about 13 months, and it does seem like too little time but it also feels like forever. As a family we were ready for Evan, In think in a strange way we needed him to heal. His birth didn’t take away any of the pain and hurt of losing Eilys. Having Evan had made us closer and helped to heal the hole in our family. Our family will never be truly complete which is a really sad thought but Evan has definitely helped.

I was worried about how Dylan would react to having another sibling. The same as when I was pregnant with Eilys, I worried that Dylan wouldn’t like having another little human to share the limelight with but I was also worried that he would distance himself from the new baby to protect himself. Dylan was devastated by the death of his sister, I don’t think any of us really understand what it must be like for him. He dealt with her death so beautifully but we have no ideas of what the lasting effects will be. I was worried that maybe he would ignore Evan or not be interested as a way of looking after himself so that he wasn’t hurt again. I really had no need to worry. Dylan has been an amazing big brother again. He is so caring and kind to Evan. He loved his baby brother and he is amazing with Evan. I almost feel bad for doubting him!

I was worried that I would worry about SMA. I do. A lot. I know that we had Evan tested via the CVS test thingy but that only ever gives a “highly unlikely” answer. I know that this is because no test can be 100% with genetics because there can always be anomalies. I know that it is pointless to worry about it but I do. I worry about things a lot more than I probably admit to. Little things like panicking that Evan cried during tummy time, once, or if he splutters on milk from his bottle a bit. Despite him being ridiculously strong (he’s been holding his head up steadily since he was a few days old), despite that he has been trying to roll over since he was a week old, despite him enjoying tummy time most of the time I still worry. I think I always will. I really just need to chill about things but I doubt it’ll happen.

Most of my pregnancy worries about Evan have been put to rest. Evan is such an incredible little guy, I don’t think he’ll ever fully understand how much we needed him or how much he has healed our family. He truly is a gift.