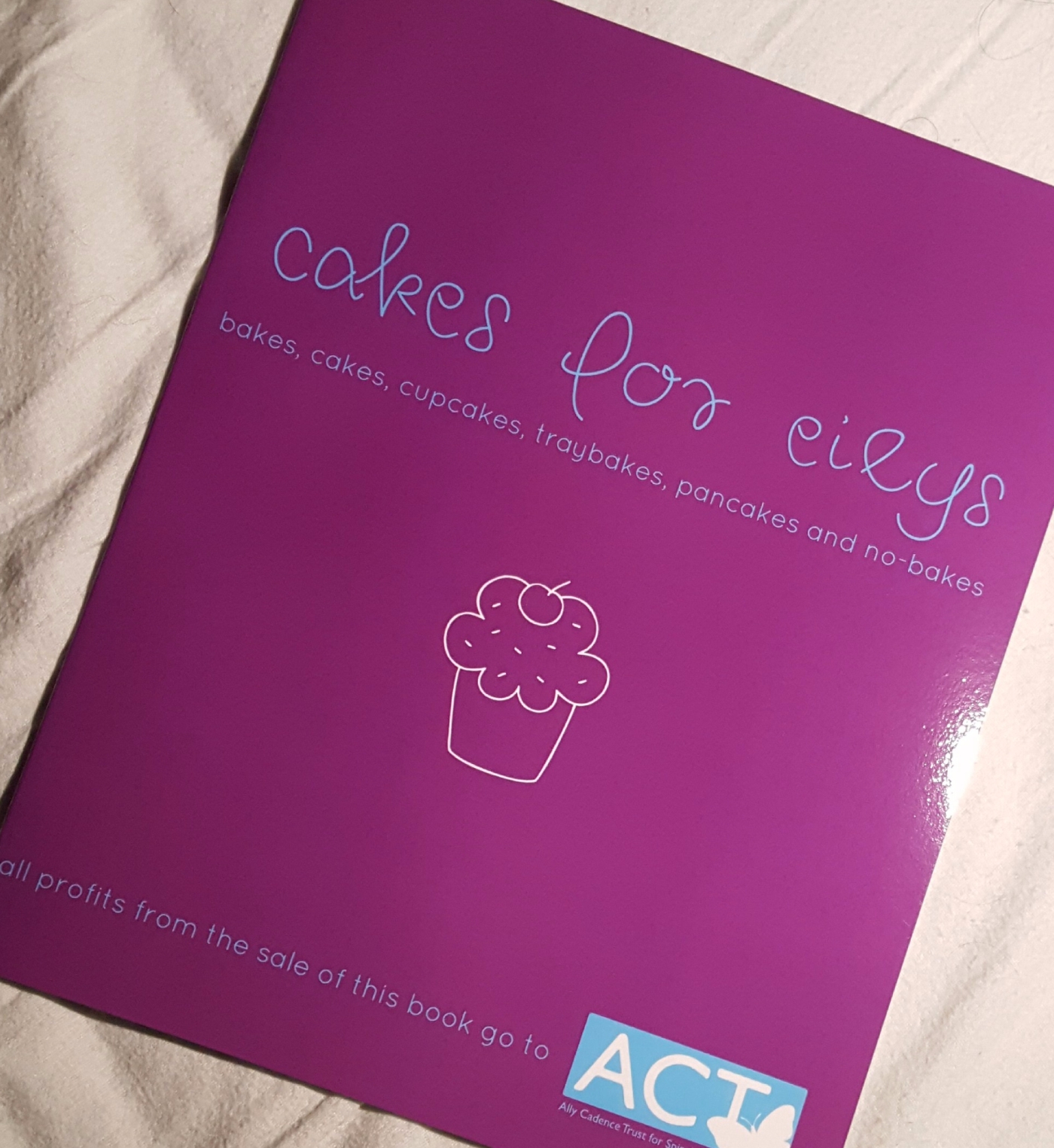 After Eilys died I did several nutty things for our chosen charity, ACT for SMA. We had already been planning to do the Colour Run in the first week of July and we decided to carry on with it after she died. It was a lovely day and it was so cathartic to do something as a family of 3 for Eilys. We ran in her memory and we raised a £1070ish for charity. It was a very emotional day. Our families came along to cheer us on, even my brother turned up and the run was at Manchester City’s grounds and he is a United fan! Dylan ran quite a lot of it and spent the rest of the time on Joe’s shoulders. And we got covered in colour and we got rained on but it was brilliant.

The amazing folk at The Ally Cadence Trust for SMA set up a “butterfly fund” for Eilys so that all the money that was raised  for her was shown in 1 pot. I found this so comforting known how much good her legacy was doing for other babies with this awful condition.

My incredible best friend Kat had started to arrange a charity ball to support ACT for SMA and SANDS and the theme was to wear your wedding attire again. Brilliant idea! Who doesn’t want to flounce around in their wedding dress again?  I needed something to focus on and so I decided that I would travel the 245ish miles on public transport wearing a wedding dress. Crazy, yes but once I had the idea in my head I knew it was the right thing to do!

On the day I walked to the train station and was met by some friends and a lovely lady for Virgin trains who upgraded me to first class and had some photos taken with me for the newspaper and off I went. I was nervous about the first bit as I was on my own but it was fine, I was the only person in first class! I got off the train in London and went to meet my Mum and my best friend from Primary school, Kate, in Cafe Nero in Euston. Again, I was worried but bless Londoners, they are amazing at ignoring a nutter!! I walked into Nero and my friend shouted from across the room “For God sake Emma, you are SO embarrassing” and then burst out laughing… thanks! My Mum joined us and we all hopped on the tube and went to London Victoria to get my next train together. The rest of the journey was very uneventful, except being met by Kat at Guildford and then going to my wonderful Great Aunts house for a cuppa at the end. In the end, this nuttiness raised nearly £1900!! It was scary but afterwards I was so proud of myself. The ball itself was a fabulous night. I had so much fun and it raised about £3000 in total to be split between the 2 charities which is just amazing.

Then as Autumn 2016 turned into Winter I started to unravel a little bit. The anniversaries of Eilys regressing and us getting her diagnosis were coming up and I was not coping with her not being here. It was torture. The memories of how I felt the year before were overwhelming for me. I was talking to Kat on the phone one day and she suggested that I write a charity cookbook and I thought, yeah why not! It would keep me busy and it was something that I had always wanted to do. And that is what I did. I costed out having it printed and worked out which recipes I would include. It really helped. It kept me so busy.  I made all the recipes in the book and photographed them, badly and sent it off to be printed. I decided that I would have 100 printed which seemed totally doable until they arrived… and then it was terrifying!! Through the power of social media and the love and support of my amazing family and friends I managed to flog the lot!! And this little endeavour not only saved me from myself but it also raised about £500 for ACT for SMA too. 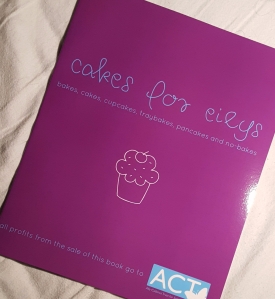 To celebrate what should have been Eilys’s 2nd birthday I yet again wanted to do something to raise money but I wanted to do something more simple and more meaningful to her. I came up with the idea that I would ask people to wear purple for Eilys and donate £1 to ACT for SMA, like a collective mufti day! The support that was shown for this was incredible and on her birthday we raised nearly £900 which is bloody awesome!! 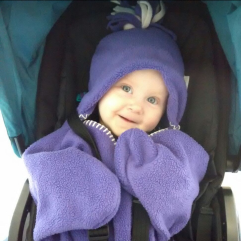 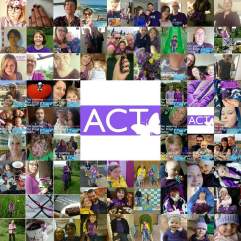 Since June there was another brilliant charity ball in Alton in aid of ACT for SMA and SANDS and yet again they raised about £3000 to be shared between the 2 charities. The night itself was utterly amazing, especially as my date for the night was my beautiful 7 week old rainbow Evan. The theme this time was “Diamonds are forever” and it was a fantastic night. And a couple of months ago my mummy-in-law, Valerie (V-Dawg) applied for some money from LV’s charity fund to go to ACT for SMA and she won £5000 for the charity which totally blew us away.

We are so proud of Eilys’s butterfly fund. It is lovely to see money going into the charity who helped us so much and to go into that charity in her name. I can’t explain how lovely it feels to know that her legacy is helping other babies. It really helps with the grieving that her life is helping others and when people give us support in our various nutty adventures it shows that she was so loved and that she mattered to people, a surprising amount of people. Grief is hard and lonely but knowing that there are people who were touched by her in even the smallest of ways really does make all the difference. Eilys’s butterfly fund total currently stands at £14232.37 which is a phenomenal amount and I hope that she’d be proud that her memory is helping other babies like her.

A few months ago I had 10 more of the Cake for Eilys books printed, I wish I had done more to be honest but anyway. So if you would like one that people drop me a message either in the comments of on social media. They are £10 each and P&P is £1.50. All profits (£5) go to ACT for SMA and the books would make lovely crimbo prezzies (included is my pretty increds brownie recipe too). Blurb from the book…

“A collection of yummy recipes for you to bake and enjoy. Scrumptious chocolate cake, gooey brownies and various other delicious but naughty treats. All recipes have been invented or heavily tweaked by me and tried, tested  and perfected (haha) many times.

​All profits from the sale of this book will go to The Ally Cadence Trust for SMA. ACT for SMA are a wonderful charity who offer help, support and equipment to families, like ours, who are given the devastating diagnosis of Spinal Muscular Atrophy Type 1.”